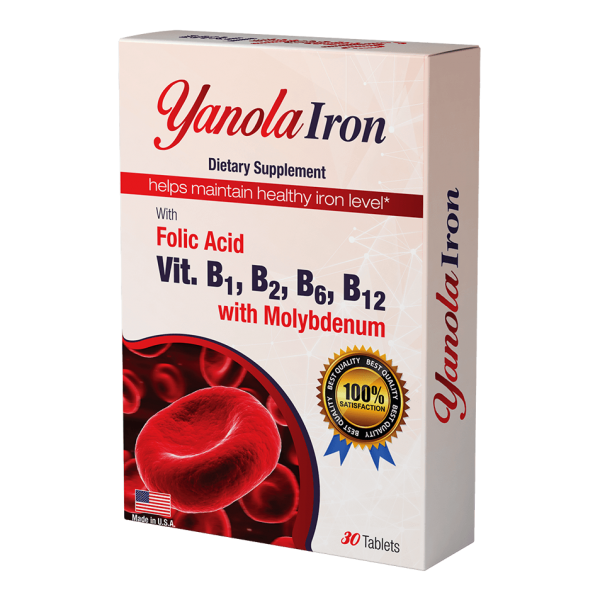 0 out of 5
( There are no reviews yet. )
FacebookLinkedInGoogle +Email

Plays an important role in the body including enhancing the absorption of iron.

Several pregnant women with anemia who were non-responsive to iron supplementation were observed and found to have vit B6, B12, B2 & B1 deficiency too. It is important to take into account the deficiency of vit B6, B12, B2 and B1 besides iron in the evaluation of anemia during pregnancy.

Anemia & zinc deficiency are both common in patients with chronic uremia. Oxidative stress of the red blood cells and their subsequent life span reduction are suggested to play an important role in the development of anemia.

The deficiency in copper cause many hematological manifestations, such as myelodysplasia, anemia, Ieucopenia (low white blood cells count) and neutropenia (low count of neutrophils) a type of white blood cells that is often called (the first line of defence) for the immune system.

One of the B vitamins, it helps body make new cells, including new red blood cells. FOLIO ACID is needed to help a fetus in the womb grow properly. Too little folic acid during pregnancy may lead to birth defects in a baby.

Dietary supplementation with spirulina can help with a range of blood issues, from anemia to clotting to triglyceride concentrations. Our blood must flow freely through our veins, unfettered by clots & blockages in the arteries, in order to not only deliver oxygen. Spirulina is a naturally rich source of this mineral. The cell wall of spirulina has high concentration of mucopolysaccharides, which are easily digested & form glycoprotein complex that is important in the formation of protein & building of cell membranes.

There are no reviews yet.

Be the first to review “Yanola IRON” Cancel reply